Water is the soul of jade, it is more perfect with it!

The jade with water is as clear as a stream, and if it is beautiful, it is like a beautiful bath, fresh and fragrant. Without water, it seems that the soul has been lost, and the color is in a state of stiffness, dryness, and wood. The green of jade, with the moisture of water, can change green, have a sense of movement and texture. 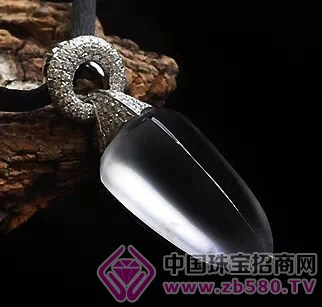 Secondly, the finer and uniform size of the inner crystal of the jade stone, the brighter the surface of the jadeite after polishing, the better the light absorption, the externally incident light, not refraction, re-transmitting, forming a crystal clear scene, jade Surface gloss is also an important aspect of emerald water.

The transparency of jadeite is generally estimated by the naked eye. The jade business community calls it â€œa few points of waterâ€, generally one to three centuries. The transparency from low to high gradually increases, and the three-point water is the most transparent.

The water penetration depth is one point, about 3 mm.

Divided water means that the light transmission depth is two points, about 6 mm.

The three-way water finger has a light transmission depth of three points, which is about 9 mm. 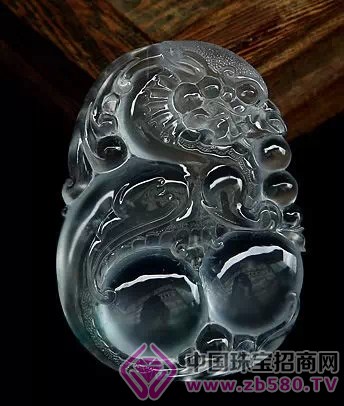 Emeralds with two waters are clear and bright, and can be considered as superior quality. The light transmission depth is less than 1 mm, which is relatively poor, commonly known as water difference, water dry. Jadeite is composed of polycrystalline matter. Most of the jadeite is opaque to translucent, and transparent is extremely rare. Under certain color conditions, the higher the transparency, the higher the value, the better and worse the transparency, and the value is several times different.

The existence of water requires certain conditions, that is, the old crystal particles are small, the structure is compact, and the base is pure. Transparency can be called water in such an environment. That is to say, the water of jadeite is a combination of transparency and species and land. Without the cooperation of species and land, transparency does not translate into water, transparency is basic, and water Is a synthesis.

It may be more appropriate to understand the water of jade as a state. This state produces another feeling, not its essence, and it is formed together with other forms. 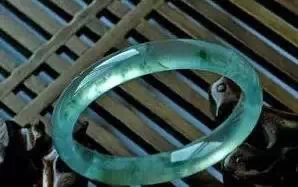 Wuhuahai is one of the most exciting spots in Jiuzhaigou. The water and milk blend is not dusty, natural and pure, the water is white and blue, the silver is green, the colorful is colorful, and the crystal is clear. A lake is divided into many color blocks, blue, green, orange, and light red. When the golden autumn comes, the forest on the shore, red orange yellow green reflected in the pool, mixed with the color of the lake into a colorful world. At dusk, the fiery sunset glows into the water, the lake is like a flame, the Venus is flying, the waves are smashing, and the beauty is incomparable. Water is ordinary water, which can form such a wonderful scenery, all in the surrounding environment, which is similar to the formation of jade water. From the Wuhuahai to understand the water of the emerald, everything is solved. Three color notes

The word water is used to describe the specific state of jade, which is very clever. Thanks to the profoundness of Chinese culture, it seems to be able to find a sense of inheritance. From the moment of the "Book of Songs" written "the so-called Iraqi, on the water side", the words of women like water have always been accompanied by women, gentle and gentle, full of charm, and style. Only the word water is worthy of women. When admiring the water of emeralds, it is similar to the words of women like water.