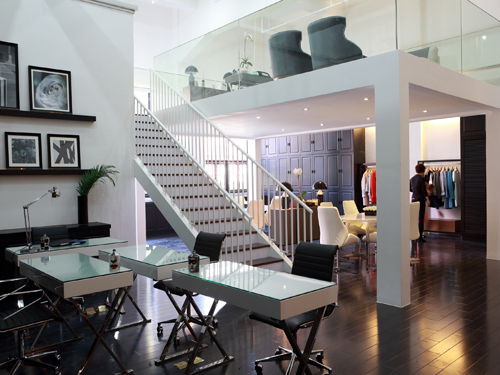 Compared with major fashion cities overseas, fashion industry practitioners are more than twice as many as famous cities such as Milan and Paris, and the number of fashion shops is more than three times that of Milan, Paris and New York. At the same time, more than 150 schools in South Korea are training quasi-designers, and it can be said that South Korea has excellent supply capabilities in areas such as design and distribution.

South Korea is a very attractive market in terms of demand and supply capacity. Therefore, many international fashion companies, major brands in Europe and the United States are competing to enter the Korean market. At the same time, they plan to use South Korea as a brand marketing strategy to leverage the advantages of Korea and invest. The mainland of China and Hong Kong highly praised the design and planning capabilities that South Korea possesses, and thus reached strategic investment cooperation.

For example, DiShang Group and Li & Fung Group invested in women's and children's wear companies in Korea, and the related brands formally entered the Chinese market. The Korean clothing brand that is popular among Chinese consumers is eland. Its sales in China is about RMB 14.6 billion, while the basic house is about RMB 2.3 billion.

With the hit "You From the Stars", the Chinese people's attention to Korean fashion has also reached a climax. The sales volume of the main actress in the play was increased by 240%. The coat worn by the actor appeared to be sold out in the Chinese market. Of the 4.32 million Chinese tourists who visited South Korea in 2013, about 80% of visitors were to purchase Korean clothing and footwear.

According to the total amount of Chinese tourists spending in Lotte Department Store during the Spring Festival 2014, South Korean domestic brands mcm beat Cartier, Chanel, Tiffany, Louis Vuitton and other brands. In terms of purchase volume, 7 of the top 10 brands are Korean domestic fashion brands.

The reason why Chinese people like Korean fashion is influenced by the Korean Wave. Prior to this, South Korean fashion exports to China accounted for a relatively small proportion, but with the Korean drama "Heirs" breaking 1.6 billion hits in China and the recent breakthrough of 3.7 billion hits, "You From the Stars," popularity has exploded. The export of fashion goods to China showed a surge year-on-year.

One of the reasons why Chinese people favor Korean fashion is that Korean and Chinese consumers have similar body types. The average height of Chinese adult females is: 159.9cm in southern China and 163.3cm in northern China. The average height of Korean women is between these two regions, so Korean fashion can meet the body requirements of various Chinese consumers.

Another reason Chinese people favor Korean fashion is the sophisticated design. One of the top five fashion institutes in the world, among all students of the American Fashion Institute of Technology (FIT), 85% are Korean students. This is roughly true of other top fashion institutes in the world, such as Parsons School of Design, St. Martin's College in the United Kingdom, and London Fashion Institute.

Tencel fiber is comfortable as cotton, has toughness as polyester, beautiful as wool, cool soft touch as silk. Especially for the toughness, it is much better than cotton when the fabric is in wet.

Tencel fiber is 100% natural material, which can be recycled in 99% and decomposed in earth.

Tencel fiber is fit for mixed with cotton, polyester. The Blended Fabric always has good feature and stability, it is much suitable for garment and home-textile.